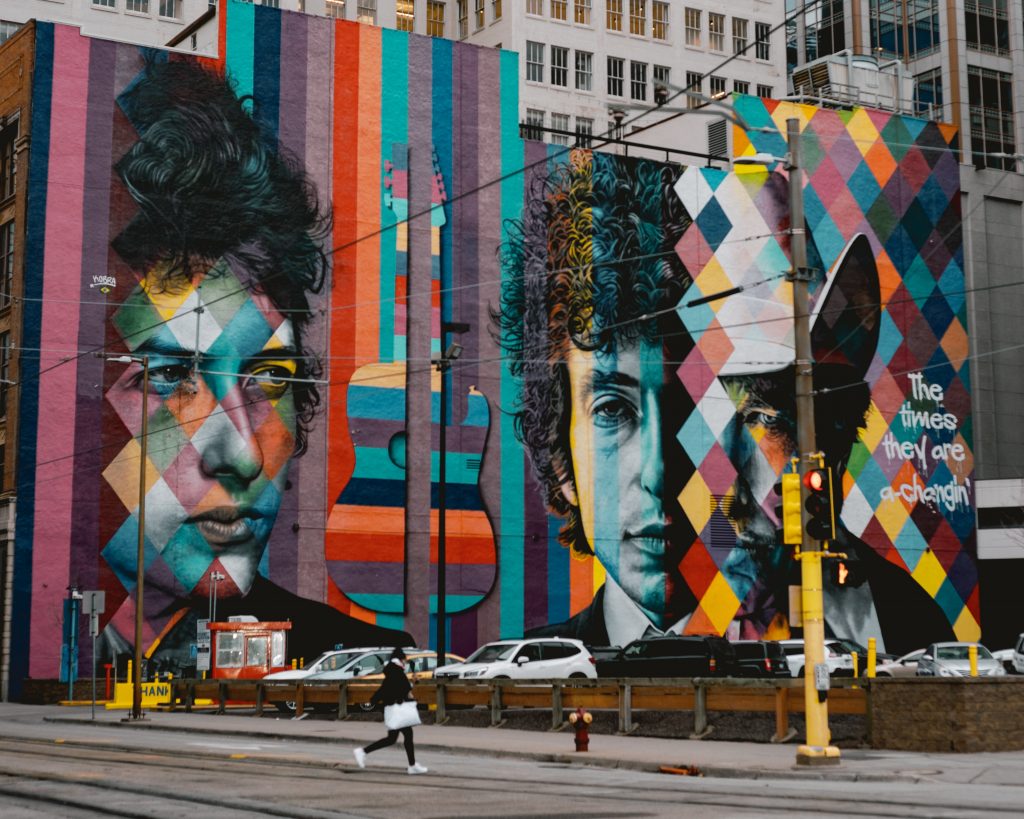 Sometimes we just want to listen to something good. We want to turn on the radio, forget about our crappy day, allowing the melodic voice of the singer and their beats to take us away. It’s escapism at its finest, and music is a perfect medium for the goal. However, while music can be a wonderful distraction, it can also call us–the listeners–to task and force us to not only open our ears but our minds to larger issues. Often, depending on background and life experience, these may be issues completely foreign to us.

Below are three examples of songs and artists who used their artistry for a larger cause: to make people pay attention.
○ “The Times They Are A-Changing” by Bob Dylan
Appearing on Bob Dylan’s 1964 album of the same name, he wrote the song with the intention of creating an anthem for the sixties, a dynamic period in American history. While this song was not often performed live by Dylan, its universal theme and lyrics spoke to many, calling them to reflect on the changing society and their role in it.

○ “A Change Going to Come” by Sam Cooke
Sam Cooke was a singer, songwriter, and entrepreneur who released his signature song, “A Change Going to Come”, in 1964 during the Civil Rights Movement in America. Prior to this song’s release, Cooke was most well-known for his pop music which, over time, would come to gradually incorporate his gospel roots. But after he, his bandmates, and his wife were turned away from a Hotel Inn in Shreveport, Louisiana under the guise of there being no vacancies, Cooke was moved to write this political piece.

○ “Alright” by Kendrick Lamar
To Pimp a Butterfly was Kendrick Lamar’s third studio album, and arguably his most successful work, as well. On this album was his hit song “Alright” which includes messages around hope, perseverance, and personal struggle. Due to the year the song released (2015) and its heavy social justice context, it became the unofficial song of the Black Lives Matter movement, and some would say the modern day equivalent of Sam Cooke’s “A Change Going to Come.”